March 5, 2022. Studded Left with Still Shadow, and the Wiggins at the White Swan.

August 7, 2021, Studded LEFT at the Red Dwarf anniversary party at Red Dwarf, Houston, TX, with Attxla performing live, djs to get the party going, and vendors to keep you satisfied and dressed.

Feb 20, 2021, Plague interrupted by the total failure of the state of Texas and its infrastructure. Millions forced to huddle, swaddled to preserve body heat, drinking snow melt-off when possible in order that an elite group of mythomaniacal plutocrats could continue to avoid paying maintenance fees. The world looks on, aghast, concerned, and embarrassed.

Plague continues, 2021. By this time, the death rate has soared, the infection rate needle has jumped off the record, and most social and economic forums have reopened for business, except music venues, dance clubs, and outdoor basketball courts.

Which is a good thing, because underground rock concerts have long been known, if not reported, to be superspreader events, and no one wants to see me shooting hoops.

While we’re out on a plague-distorted vision quest, you could take courage from the courage of Angela Davis:

We spent the past 40 days in the wilderness, in dusty painters masks, speechless, and without human touch. Beside one hard trail we found a cd-r in bad shape; it looked local, so we picked it up to save the crows the heartache.

This is that cd-r… on the face was scribbled “Sidewalk Vitamins,” by the Studded Left.

STUDDED 2, frequent flyers and ambassadors for the STUDDED LEFT group to the world, have agreed to appear at Zebulon, Los Angeles, Saturday August 11, 2018, with Tropic of Cancer, Pod Blotz, and Peaking Lights DJs.

June 14, 2017, STUDDED LEFT’s Western Groove premiere
A 6 track, maxi-single/micro-album by way of a web-based seminar on free glam and how to love yourself more completely, available across the matrix.

Tidal  Economics available for the time being as an e-book.
You could also buy a printed copy here. 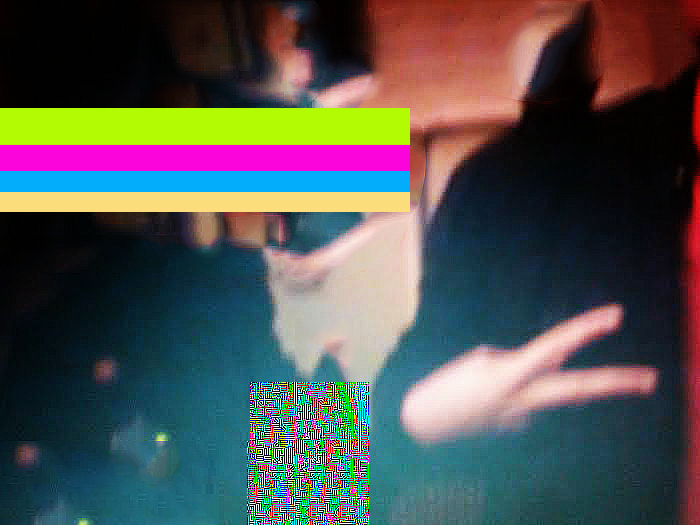 CHEAP GAGS
No one knows for certain
if he ate rat
or only thought he did.

No one knows if good looks
will take you all the way
by themselves. Charm
also plays a hand.

I won’t even tell you
if I think I’m any good
at what I do.

It has been a while since we left the house. So many questions…
Does my laughing draw attention to my crow’s feet?
Is it safe out there?
Did I need to eat the whole basket of fried okra?
Where are the Snowdens of yesteryear?

September 28, Indian Jewelry at the Owl, Chicago
with Disappears, Melkbelly.

A solo music performance (electronics & voice), part of an exhibition and performance series organized by Maria Chavez in which selected artists interpreted concrete poems by other artists. I interpreted “Frolic Architecture” by Susan Howe.
knocking you sideways with my clean lines

"Got no time for a whiny underground-- or a bitchy avant-garde." Lichtenberg
Loading Comments...