Each of the clips below originally appeared as an editorial recommendation in the calendar of the Houston Press.

Olivia Clare: Disasters In The First World reading and book signing, at Brazos Bookstore
Someone, somewhere described Olivia Clare’s fiction as Carver-esque, meaning, presumably, domestic, spare and emotionally resonant. But that’s not it exactly. Clare’s fiction has a spryness and a wryness one could describe as Barthelme-esque, without so much of DB’s arch, sometimes off-putting minimalism. Clare’s fiction has closely observed sympathy that could be described as Munro-esque, with a tick-tock contemporaneity that evokes early ’80s Beatty. What we’re getting at is that there’re a lot of ins and outs to this case. Come, hear, and decide for yourself at this launch for the current Conroe resident author’s new collection of short stories.

Found Me: Issue One Release Party, at Wired Up: Modern Convenience
Matthew Ramirez and Antony Obi, better known as Fat Tony, teamed up to produce this magazine about Houston in the 21st century. It has a contributor’s list crammed full of artists, writers, and other taste-makers, many of whom will likely be in attendance at this launch party at Wired Up.

Youth Poetry Workshop, at Levy Park
Writers in the Schools knows that an early, fundamental understanding of poetry helps to keep kids away from talk radio, off performance-enhancing steroids (they’re illegal and unethical), and, usually, out of trouble with the SEC later on in life. To this end, they’re expanding their in-classroom offerings with programs like this monthly workshop, taking place in the vernal greenery of Levy Park. The workshop is free, registration is recommended, but walk-ins are invited too.

Jane Austen Tea Party for Kids, at Brazos Bookstore
Presently, there may be a few traditions more central to American childhood than a Jane Austen Tea Party, but that’s about to change. Everywhere one looks, the writing—that particularly congenial pastoral take on rom-com—is on the wall, the glory of Hampshire is taking over. Like its namesake, this literary social promises to be clever enough for kids and gentle enough for grownups.

Gulf Coast September reading featuring Elizabeth Lyons at Rudyard’s
Houston-based poet Elizabeth Lyons will read from her recent book The Blessing of Dark Water. This collection of poems chronicle a long life in art, abuse, and mental illness. They have the scale and finality of a novel, the empathy and closely observed detail of a memoir, and have drawn comparison to Sylvia Plath with regard to tone and language.

Psychic Privates at Notsuoh
Notsuoh’s every-night-a-freak-show ambiance seems a natural fit for the dirty talk and electro yawp of Memphis’ Psychic Privates. Prolific poet-pornographer Kim Vodicka is more genteel and soft-spoken than Lydia Lunch, but comparably x-rated, with a seemingly unquenchable ardor for filth and a good-humored zeal for sticky situations that seems almost un-American. With the improvised doom rock of Black Lodge.

Ellen Bryant Voigt, at Inprint!
Trained early in music, with an abiding passion in song, poet Ellen Bryant Voigt credits e.e. cummings as her introduction to poetry. That said, her own work little resembles the whimsical, orthographical scattershot of the lowercase bard, nor the rhyming couplets or strict meter of chansons. Her poems have a prosodic feel, like murder ballads, more in line with the rower’s rhythms of Homer than the incidental little snaps of modernist verse, with long lines offset by dense clusters of closely observed imagery, and a narrative voice as wide framed and steadily operated as the camera work in Terence Malicks’ Days of Heaven.

Anis Shivani in conversation with Kim Davis, at Brazos Bookstore

Writer and literary critic Anis Shivani is a lightning rod for literary controversy. His essays against MFA programs in creative writing, his casual flensing of the statuses of various canonized contemporary writers, and his unsparingly critical arguments against the general institutionalization of creative writing have lent him the savor of a bete noire. If this sounds like damningly faint press, it is only because literature has been increasingly relegated to the outer margins of our culture for about fifty years. As recently as the early 1970s, literature departments were hotbeds of progressive thought and activism, and should we hope to try and experiment after the bedtime of capitalism and visual spectacle, perhaps it is time to fire up some pilot lights. Nonetheless, wherever you think about the world after the era of what cultural theorist Mark Fisher called Capitalist Realism, Shivani is nothing if not readable, frequently, and infuriatingly prolific. Huntsville-based Kim Davis, meanwhile, is a poet and a director of the literary review that is publishing Literary Writing in the 21st Century. Based on that relationship, this conversation is less likely to be a bloodsport, but should things go awry, who knows?

Gulf Coast Summer Launch Party, at the Rice University Moody Center for the Arts
Summer shows are often more fun than their in-season cronies: with the critical lights off, they tend to be looser, cruder affairs. Whether or not the summer edition of this well-respected literary journal shows up in similar attire—crocs, vented shirt, hot pants, remains to be discovered. This discovery and more await you at this this launch party for issue 29.2 of the University of Houston’s Gulf Coast.

Sound, Readings, Art, at Kaboom Books
While we don’t yet know the nature and depth of all the talent on hand at the late-announced salon, we’d stake at least five or more times the cost of admission that this should be an early treat for all you hellbound ghouls and boos. Argument one, poet Michelle Oakes is one of Houston’s under-exploited resources, her poems have the dazzle of flash fiction and the woozy afterglow of a good song, and if the wise owls at the Chamber of Commerce happen to see this, they’d be better off renting a few of her stanzas to serve as a new city slogan than whatever hot pr garbage they’re currently leasing. Add to that the ever-engaging drones of Collin Hedrick, the new pop tones of Total Care, and the beatnik sculptures of artist Lindsea Varisco and you’d do well to bring a friend or two. 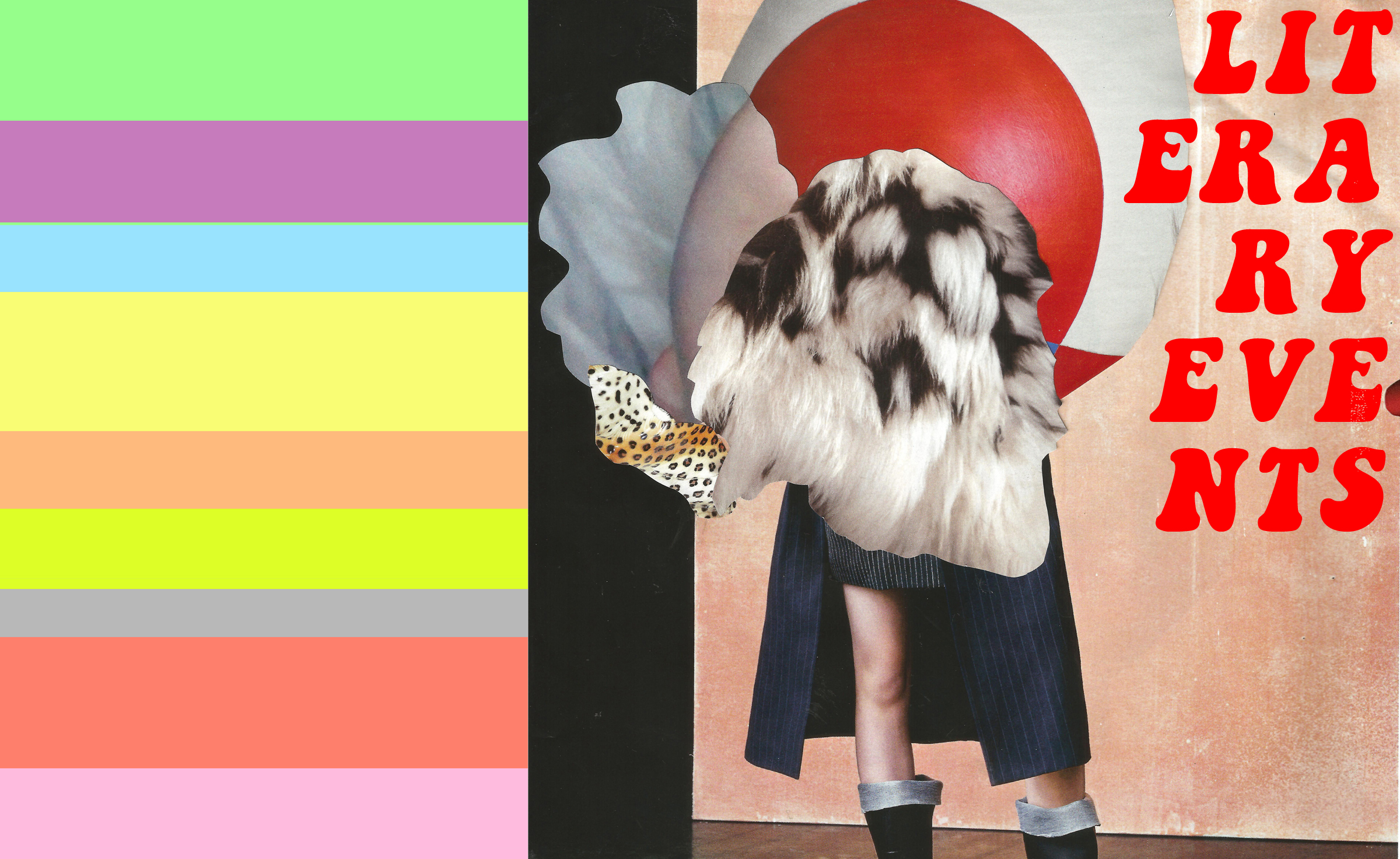 "Got no time for a whiny underground-- or a bitchy avant-garde." Lichtenberg